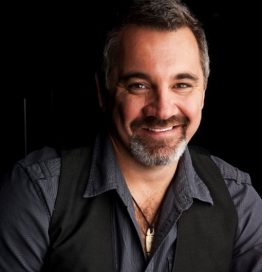 Anthony Grzelka stepped into the media’s psychic spot light over thirteen years ago and has rapidly risen to international acclaim earning him the title Australia’s ‘Ghost Whisperer’. Endorsed by America’s James Van Praagh, the creator and executive producer of TV’s “Ghost Whisperer”, Anthony’s skill for connecting with and conveying messages from loved ones passed is simply astounding.

Anthony has pioneered a method of communication he refers to as ‘Soul Talking’ and his success has led to a request from a team of USA doctors specialising in early onset Alzheimer’s to test his Soul Talking technique. He has written 3 books: Medium Down Under, Life & Beyond: A Medium’s Guide to Dealing with Life and Loss and Spooked, with his fourth book titled “The First Four Days in Heaven” due to be released early next year. His uncanny skill to re-connect lives from past to present has led to television appearances, radio, magazines and newspaper interviews as well as regular air time slots as a local identity. Anthony’s work as a Ghost Whisperer has also led to requests from Police both here and overseas for his help in assisting with major crimes.

Considered to be one of this country’s leading Mediums, this father of three is recognised for his unique talent to connect those seeking confirmation that life exists after death, with a down-to-earth, practical and compassionate approach. The accuracy and level of detail given to him is spellbinding. Years of grief, guilt, anguish, or even hatred can dissolve with the utterance of one sentence or a simple turn of phrase from spirit.

The moment Anthony opens the doors between this world and the next, anything can happen. Without fail the dearly departed will come through, each with a message of love or comfort for a loved-one in the audience. Pets too are not shy about coming forward. Revelations given and predictions made throughout the event will take audiences on a spell binding journey towards demystifying the spirit world and will leave audiences with one important message: Spirit can and will communicate with the living!

Hear the Interview with Patricia Hamilton and Anthony-Grzelka