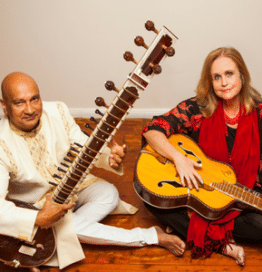 IndiaJiva are multi-instrumentalists and composers Ron Ragel and Vicki Hansen, who have carved a niche for themselves in the field of world fusion music – creating a new synthesis in sound, transporting their audiences and listeners beyond the borders of both East and West.

Career highlights include:
Celebrity Overhaul’, Channel Nine network. Numerous festivals, expos and special events. Flown to USA to perform at a celebrity wedding which was attended by Matt Damon and Chris Hemsworth, among many others. Over 8 million views on their Youtube channel.