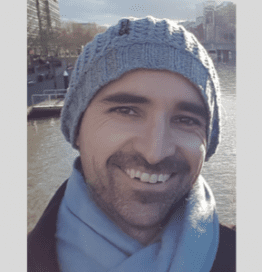 James is a 200hr certified Ashatanga yoga teacher who was introduced to Innerdance in the Philippines in 2014 after traveling extensively for two and half years. There he completed his first Innerdance Energy School with Pi Villarazza the founder of Innerdance. This had a transformative effect on his life opening up his understanding of energy work and self healing.  He completed a second Innerdance Energy School with Pi in 2017 and has been holding space for private and group Innerdance sessions in Perth since 2019.

James looks forward to sharing the practice of Innerdance with you.

Innerdance – a sound based Meditative & Self Healing Journey